KRAZY(504) talks about how he survived two different shootings

Subscribe to Off The Cuff Radio at: https://www.youtube.com/channel/UCtfA… Donate to Cash app at: $Kingeric82 Like us on FB:https://www.facebook.com/Guilloteam2018/ Follow us on IG: https://www.instagram.com/offthecuffr… Check out replays, writeups, new music at my blog at: https://escobar300.wordpress.com/ Blogtalk link to entire episodes at: https://www.blogtalkradio.com/e-dubble

One of the Original No Limit Soldiers Mr Serv-On joined Off The Cuff Radio to talk about the Early No Limit Days, The I’m Bout it Movie, The success of his debut album, What REALLY caused the downfall of No Limit, Working with Big Pun on NY to NO, HBCUs and more! Hands down one of our best shows

Donate to Cash app at: $Kingeric82

Check out replays, writeups,new music at my blog at: https://escobar300.wordpress.com/

KAM- Made in America Review 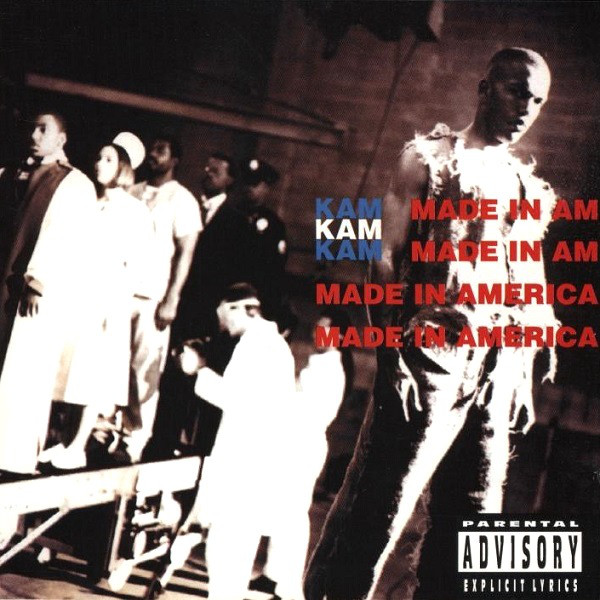 Kam’s sophmore album Made in America couldn’t have been released in more of a pivitol time. Racial tension (like today) were brewing, The King Riots, America vs Hip Hop, The OJ Simpson trial, and in the midst, Hip Hop was becoming more of a billion dollar enterprise.

Even though political acts like Brand Nubian, Public Enemy,  Ice Cube and others were trying to Fight the Power while facing declines, KAM was able to provide the balance.  Him being as apart of the Nation of Islam boosted his rep and with Minister Farrakhan getting his historic Million Man March.

The firey intro from Minister Louis Farrakhan was the perfect opener for what would be considered a very militant album. But at the same time Kam understood that he knew that he had to balance both worlds and also make his message listenable.

Kam knew the that the landscape has changed since his 1993 debut. The Chronic came out and pretty much changed the sound of the culture. The sample heavy hard knock Bomb Squad sound was played by 1995 so Kam recruited some of the West coasts bests to provide that funk.

DJ Battlecat, DJ Quik, Ea Ski, Cold 187, Warren G, and Big Jesse were brought aboard for Made in America and they gave enough for Kam to come through with crisp production.  When you check out the DJ Quik produced Thats My N!gga.. He even influenced Quik to tap into his militant side with a verse which was considered “abrasive”

The Battlecat assisted Trust Nobody and In Traffic are other standouts where Kam talks about how as a Black Man in America he can’t trust nobody from the police from even at times his own people.  In Traffic is possibly the lightest song on the album as he takes you a journey of his life in storytelling fashion.

Pull your Hoe Card was possibly the albums most controversal as he calls out his cousin Ice Cube. He didnt mention his name but people can already tell who he’s talking about. Another dope gem was Keepin the Peace which was a pledge for brothers to unify for a cause.

This is possibly Kam’s finest work in terms of balancing social commentary, solid guests and sharp production.  This album is DEFININITELY worth adding to the collection.  Especially with the epic times we’re facing in the world, Kam’s message is more potent than ever.

Mr Serv-On talks about How he met Fat Joe: He was getting jumped and we were gonna ride with him”

Mr Serv-on talks about the first time He seen Fat Joe and it was after He gotten jumped by some West Coast rappers . He also talks about how P and the whole No Limit were gonna ride with him. Interesting story.. Full interview here:

Look for the full interview soon! 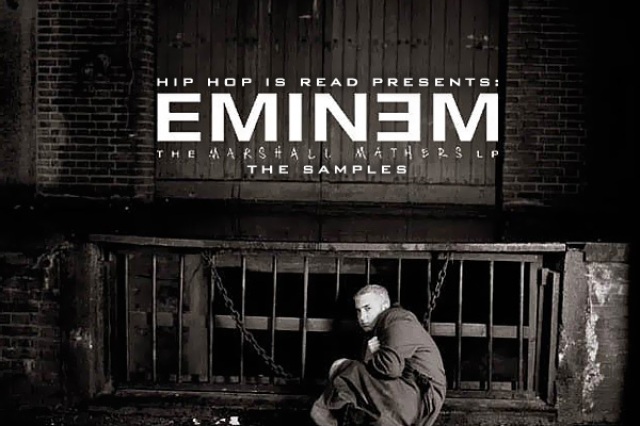 20 Years ago around this time, It was a different world. Hip Hop in the late 90s surged into the mainstream and became a billion dollar conglomerate. You had mega stars such as JayZ, DMX, Juvenile, Nas, Snoop Dogg, Dr Dre and many others carrying the banner into the new millennium. But there was one man that not only kicked down the door but he also knocked down the building of not only emceeing but color lines: Eminem.

The Slim Shady LP which was released a year prior sold 3 million records and showed that Dr Dre could still broker stars. But it was when Eminem released the Marshall Mathers LP is where he no longer would be known as a novelty act. 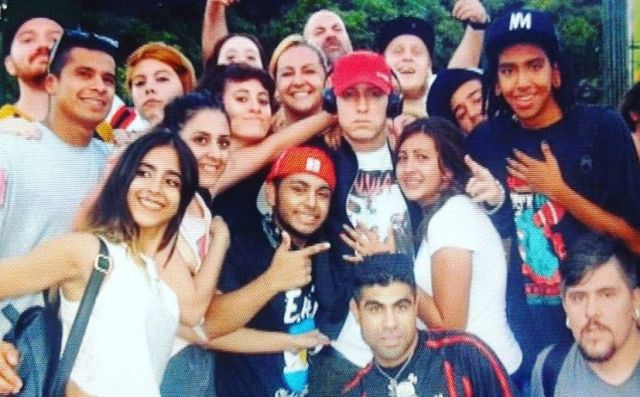 I picked up the cassette tape since the CDs were sold out and literally waited in line for almost 10 minutes. Everybody from blacks, whites, pop listeners, hip hoppers, punk rockers, kids coming from high school, You name it. This was what I would consider a “Thriller Experience”

After I purchased the tape, I had to wait unitl I gotten home because I didn’t drive but I could hear “The Real Slim Shady” blasting out of peoples cars as I was walking home. I couldn’t wait to get home to see what Eminem had in store with this album because from the looks of how people were responding, We the listener were gonna be in for a rollercoaster ride.

I finally get home and listen to the LP.. The First track in Kill you is straight up in your face. Its vile, its cruel, misogynistic and he totally disrespects his mother and baby mama. It was shit that I’ve never heard before in my life. But the way Eminem paints this graphic picture, Its sadistically entertaining.

There is NO way songs such as KIM, Criminal, Never Knew And the Way I AM would be released in today’s ultra soft climate But in the midst of the shock value, You get a insight of Eminem’s genius where he coined the popular hip hop term “Stan”. Then he proved that he’s one of the best of this rap game with his verse off Remember Me.. Especially how he showcased his brilliant rhyme schemes:

Came home and somebody musta broke in the back window
And stole two loaded machine guns and both of my trench coats
Sick, sick dreams of picnic scenes
Two kids, sixteen, with M-16’s and ten clips each
And them shyts reach through six kids each

I’m sure considering the pop references and the content that many would consider this album to be dated and belong in a certain time zone. Possibly because the late 90s -2000s were considered the wild wild west in society in terms of content. But this album played a pivitol role into what made Eminem the mega star that he is today. He took artistic risks and pissed off alot of the media along with eventually earning his place as one of the best to do it.

Big shout to B High.. Be sure to subscribe and show this brother love!