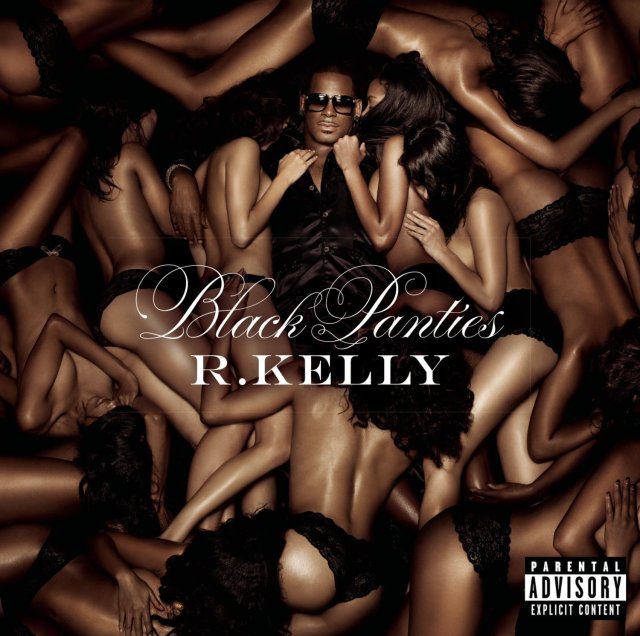 R.Kelly has always show innovative ways of re-inventing himself with his music within the past 22 years of his career. He’s proven time and time again to be a legitimate hit maker, superb song writer and throughout his career span crossed from R&B, Hip Hop, Rock, Adult Complementary, Pop, and even Gospel(You Saved Me).

When Kells announced that the direction he was taking for his coming album titled Black Panties, It was meant with automatic negative reactions. Keep in mind, This was a man whom a few years ago were just acquitted of Accusations of having sex and having relationships with Under aged girls so him going back to this route would open up the wolves and critics awaiting to slander him.

After dropping two critically acclaimed albums Love Letter and Write Me Back which showcased R.Kelly’s maturity as an artist, Black Panties has R.Kelly revisiting the aphrodisiacs that once made him a star in the first place. The majority of Black Panties is a re-visitation to the places that many of his grown up base didn’t want him to go back too: The Club.

If you really thought Double Up was distasteful then Black Panties have sure crossed that level in terms of ratchettness. R.Kelly as gifted as he is could sing about the silliest stuff in the world and have it sound catchy. The problem isn’t that R.Kelly wants to revisit the bedroom for the latter of this album, Its how the concepts are executed in very poor taste. Case in point with songs such as Show Ya Pussy, Oreo(Where he takes a page from Future and sings about eating the box), Marry the Pussy, and Spend Dat where he revisits the club with Jeezy and brags about buying the bar and tricking.

There is even a song titled Ratchett Sex which is a obvious attempt to reach the new generation. Kells does his thing vocally on these songs but its gonna be hard for long time fans to digest the direction he’s going. It comes across as he’s trying to dumb himself to sell records:

But there are flashes of brilliance on Black Panties where R.Kelly shows that he’s possibly one of the greatest to have ever done it. Genius is one of the best slow grooves R.Kelly has came out with in years. This cut sounds like it belongs in one of his earlier albums:

My other favorite is Shut Up where Kelly bares his soul and speaks about how he almost lost his career when he lost his voice and took time to lash out on his critics. This track is very similar to What I Can/Issues from his Double album where he gets real personal.

The album has some hits(Legshaker with Ludacris where he flipped Michael Jackson’s Heaven Can Wait into a X rated baby maker, ) and misses where he tries too hard to appeal to the new generation(My Story which features a struggle verse from 2 Chainz).

Vocally R.Kelly does his part and stuck to the theme of his presentation. The problem is the results are pretty much a mixed bag and He often comes across as a old man trying to fit in with the youth. If you’re a fan of the latest trap heavy club anthems, explicit sex songs and ignorance then R’s album is perfect for you. But if you’re looking for R&B thats strictly for the grown and sexy, You may want to pass this one over.