I don’t want anybody to freak out and start posting this blog all over twitter, myspace, or facebook thinking I’m posting fake news or Snoop Dogg is dead. The truth of the matter is that Calvin Broadus aka Snoop Dogg isalive, well, healthy and still making a lot of money. What made me want to do a blog on Snoop is what I witnessed with Snoop’s latest video last night. Its been a known fact that Snoop Dogg would do a song with any damn body that cuts him a check, But I didn’t think dude would dumb down his gangster to the point where it seems that he’s begging for acceptance from the mainstream. That wack ass country song was a start of bad things to come:

His latest album Malice N Wonderland is probably his worst album behind Da Game is to Be Told Not to be Sold with Snoop trying his hardest to please the mainstream crowd. He had a few good cuts on there but the majority of the album has Snoop begging for mainstream acceptance in the pop world and basically abandoning the West Coast sound that made him a commodity in the first place I’ve accepted rappers trying to go mainstream to cross over a long time ago but this cheesy shit that Snoop put out with Katy Perry is NOT the business and should be put on blast: 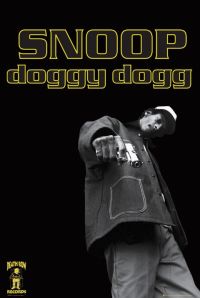 But what many hip hop or hip pop fans dont realize today that there was a time long ago where Snoop DOGGY DOGGY(Not Snoop Dogg) was that nigga, Snoop Doggy Dogg was America’s nightmare and at one point America’s Most Wanted with the late Tupac Shakur. He was very rebellious, his style was very unique and impregnable. Snoop Doggy Dogg was what Drake is today, 50 Cent of 2003, DMX of 1998 and Pac of 1996. He was the most anticipated rapper in 1993

He was into straight beast mode with songs such as Da Shiznit, Pump, and Gz & Hustlas which showed how raw Snoop was with his flow and wasnt afraid to bark at people who were dissing Dr Dre and Death Row(Eazy E, Ice Cube, Tim Dogg and Luke) He had white people on MTV jamming to songs such as Gin & Juice, Whats My Name, and Doggy Dogg World along with showcasing pimp hand on Aint No Fun and the unreleased Gz Up Hoes Down. The whole album was funky from start to finish and it cemented Snoop Doggy Dogg as a superstar.

Snoop Doggy Dogg’s career on Death Row may have been some highs and lows for him personally but as a rap fan looking in, Snoop was every bit gangster as he was dope with his on the mic. Who from the West Coast had enough balls to go shoot a video in New York City and kick down one of their buildings? Better yet, What about the Source Awards when He got on stage with a stick in front of a hostile New York Crowd and checked them for booing Dr Dre? Lets not forget the early days where Snoop use to get at everybody that use to throw shots at Dr Dre from Ice Cube, Luke, Eazy E, and Tim Dogg showing that he can get busy on the battling tip. 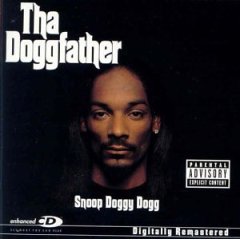 But after 1996, It seemed that the magic seemed to have worn off of Snoop. He suffered the sophomore jinx as he would release his second album titled Tha Doggfather to mixed reviews. I personally thought Tha Doggfather was a great album, It was funky with Daz, Soopfly, Rodger Troutman, and DJ Pooh suppling the beats. But what really made the album look like a total letdown was the absence of the man who created that magic for Snoop in the first place: Dr Dre.

It could be a mixture of things on why Doggfather got the backlash that it did. One of the main complaints was the sudden change of Snoop’s flow and voice. There are many times on the album where it seems that he’s just whispering and you could rarely hear what he’s saying. Theres other songs where he just sounded depressed and rightfully so. Tupac was killed, Suge got sent back to prison, his best friend and mentor Dr Dre was gone. Tha Doggfather while a funky album didnt have the focus and fire that Snoop possessed on Doggystyle. The album sold pretty well but it was considered a huge disappointment.

Snoop would still go on to put out great albums after leaving Death Row to his credit and he maintained a very stabilized career that nobody can’t deny. Snoop’s longevity in the Rap Game has to be respected and he’s put out great albums in the process. The Blue Carpet Treatment, Last Meal, Top Dogg, Paid the Cost, and Tha Eastsidaz albums were pretty dope with flashes of the old Snoop Doggy Dogg here and there but it seems that after the released of Malice N Wonderland. It became official, Snoop Doggy Dogg was dead. The sick MC in Snoop died on this album and we’re now left with this fo shizzle my nizzle, pop star collabing, play it safe rapper. He became the wack rapper that he chastised for years on his records with the Eastsidaz and now officially as Trey Dee would say “Gone hollywood”.

My message for Snoop(as a fan) is to bring back SNOOP DOGGY DOGG. For one album only! Bring Dr Dre’s lazy ass into the studio, holler back at Daz, Kurupt, Rage, Soopafly, Warren G, Nate Dogg, D.O.C. The whole cast from back in the day. Collab with Jay, Nas, or even Eminem to sell the album. Keep those wack new niggas off the album, Smoke a pound of chronic and spit that fire. Snoop is still talented on the mic but the problem is he’s lazy relying on his voice instead of his flow. So for one album, Do it for the fans and bring back SNOOP DOGGY DOGG from the dead. The West Coast so desperately needs another hurrah and a new motivated and focused Snoop can give them that.